Why it's important to avoid SVR mortgages

Today you might feel overwhelmed with competitive deals on a new mortgage, offering attractive rates, flexibility and other incentives. Let’s suppose you signed up to a super low rate on a two-year fixed-rate mortgage. But what happens when the mortgage deal ends after two years? This is where you could find yourself on a standard variable rate (SVR), which can be particularly expensive.

In this article, we’ll explain how SVR mortgages work and how to save thousands of pounds in mortgage repayments by avoiding SVRs by switching to a better mortgage deal. 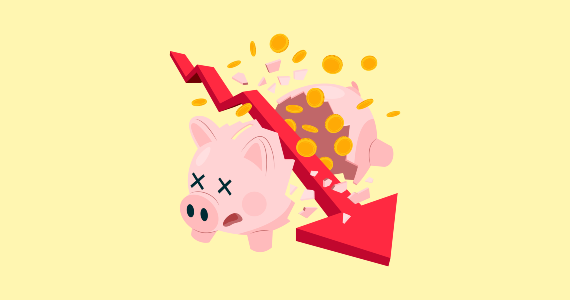 What is an SVR mortgage?

When you first agree on a new mortgage with the lender or broker, you’ll agree to certain terms for a specific time period. For example, a fixed rate or a tracker rate for a defined period of two, five, or even ten years.

Once the deal period of two, five or ten years is over, if you do nothing, you’ll usually automatically switch to a ‘standard variable rate’ (SVR) mortgage with the same lender. For example, if you agree to a 2-year fixed-rate mortgage deal, you’ll switch to an SVR mortgage two years later. Alternatively, you could remortgage and switch to a new mortgage deal when the two years are up.

The SVR normally tracks a base rate set by the lender, usually the Bank of England base rate. However, the SVR is often higher than the rate you were on before, although this is not always the case.

How do you know if you are on an SVR?

The most obvious signal that you’re on an SVR mortgage is a sudden spike in monthly mortgage repayments. You can check your mortgage agreement to work out if the mortgage deal term has ended, or simply contact your lender to find out.

Many people forget when their mortgage deal is ending and slide on to an SVR mortgage without even realising- this can be costly.

The problem with SVRs

In a nutshell, SVR mortgages are usually expensive compared to what is available on the market. We’re not talking a difference of a few quid, the average rate on a new mortgage deal is currently 2.47%, while the average SVR is set at a whopping 4.89%.

What does this mean in terms of cash? According to the Financial Conduct Authority (FCA), a consumer that holds an SVR mortgage could save an average of £1000 per year by switching to a new mortgage deal. The savings could be even higher, according to research from Trussle, with savings estimated at £4,500 per year.

Why are so many people are on SVR?

800,000 mortgage holders in the UK have not switched away from an SVR mortgage - that’s around 1 in 10. They’re paying a lot more than they need to, so why are so many people not switching?

This can be attributed to the “switching inertia”. Many imagine that the process will be complicated and stressful. Some don’t realise that they could switch away from their existing mortgage, while others are not even aware that they’re paying expensive SVR mortgage rates.

Even those who are aware of the benefits of switching away from an SVR are put off. The complex jargon surrounding the vast range of mortgage options can be overwhelming. Additionally, struggles to communicate with the lender or broker also stop many from switching.

What to do if you are on an SVR

If you’re currently on an SVR, you may want to look at your options. The sooner you start, the more you could potentially save. First off, check what the SVR mortgage rate is. Next, research your remortgage options to find the best deals. Why not consider working with an independent mortgage broker, who can advise on your options to remortgage? Once they understand your circumstances and preferences, they’ll be able to find the best deals you are eligible for.

Even if you’re not currently on an SVR, there are steps you can take to prevent it happening later. Start by finding out when your current mortgage deal ends. Set yourself a reminder six months before the end of the deal term to make you have time to plan and apply for a new mortgage before your current deal ends. Don’t forget, a new mortgage application can take around two months, so try not to leave it until the last minute.

Hopefully, you’ll now appreciate the importance of not letting your mortgage roll over to your lender’s SVR. An SVR mortgage can cost you hundreds, if not thousands of pounds. If you’re already on an SVR mortgage, give yourself time to work out if it’s worth switching, potentially with the help of an independent broker.

What fees do I need to pay on a mortgage?

Are you ever bamboozled with all the fees associated with a mortgage? Here we explain it all, so you're not caught out when you next get a mortgage.…

Things to consider before you overpay on your mortgage

If you're looking to pay off your mortgage faster, then here are a few things you may want to consider before you start.…

The FinTech Times recently interviewed our CEO, Jinesh Vohra, to learn more about Sprive. You can read the full interview here. …