Fixed or variable mortgage, which is better?

With so many mortgage options on the market today, it can be tricky to know where to start. In this article, we’ll debunk the financial jargon around the three most common options: fixed, variable and tracker mortgages. Each option has its own set of pros and cons and we’ll explore these together. Ultimately, the mortgage that is best for you will depend on your needs and attitude towards risk. Before you can make your choice, let’s first understand the three options. 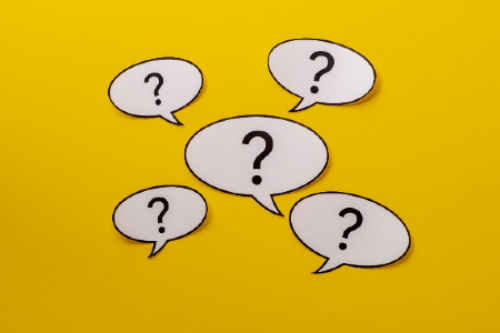 What is a fixed rate mortgage?

Simply put, a fixed rate mortgage is a mortgage with an interest rate that stays the same for a set period of time, usually between two and five years. Some fixed rate options offer longer mortgage terms of 10 or even 15 years, so it's important to consider the length of the fixed rate term. The interest rate is “fixed” so your monthly mortgage repayments will be the same every month for the term of the mortgage.

The main benefit of a fixed rate mortgage is certainty. You’ll know exactly what your mortgage repayment will be every month, which makes it easier to budget for other things in life. If you’re someone living on a tight budget, for example a first-time home buyer, then a fixed rate mortgage may be ideal.

What is a variable rate mortgage?

A tracker rate mortgage always follows changes to a specific economic indicator, usually the Bank of England’s official interest rate, known as the “base rate”. If the base rate increases, so does the tracker mortgage rate, and vice versa. It is important to understand that the tracker rate is not the same as the Bank of England’s base rate. It is usually a little higher, for example base rate plus 2%.

On the other hand, you’re taking on more risk with a variable rate mortgage. If interest rates rise, your monthly mortgage repayments could suddenly rise to a level that is unaffordable.

Tracker rate mortgages also offer some transparency. You’ll have certainty that your mortgage repayments will only change if the tracked economic indicator changes. There are also “discount” tracker mortgages where the lender offers a discount off their standard tracker rate for a set period of time.

The second variable rate option is a standard variable rate mortgage (SVR). Here, the lender has the freedom to increase or decrease the rate at any time. Lenders usually adjust the rate when the Bank of England changes the base rate, but not always.

While an SVR mortgage could save you money if interest rates fall, there are several concerns to keep in mind. To start with, they are expensive. The rate is usually two to five percentage points above the Bank of England’s base rate of interest.

An SVR mortgage also carries more risk than a tracker mortgage because an SVR mortgage does not necessarily follow changes to the base rate. The SVR mortgage rate may, for example, go up without a change in the Bank of England’s base rate. In essence, the rate could change at any time for any reason.

So which should you choose?

Now that you understand the variable and fixed rate mortgage options, you’ll realise that there is no right or wrong when it comes to choosing what is best for you. To start with, take the time to think about your priorities and your attitude towards risk.

If your priority is stability and you like to avoid risk, then a fixed rate option may make more sense. Having said that, a fixed rate mortgage is also a gamble of its own. If interest rates fall you’ll be paying more than you would with a variable rate mortgage.

On the other hand, rates are at record lows. So you may want to take advantage of the lower rates offered by variable rate mortgages, if you can afford the risk of higher mortgage repayments from an unexpected rate increase later on. Don’t forget, nobody knows what will happen with interest rates in the future.

Curious about our growth plans for Sprive? Find out more from Lauren…

What fees do I need to pay on a mortgage?

Are you ever bamboozled with all the fees associated with a mortgage? Here we explain it all, so you're not caught out when you next get a mortgage.…